Thank you! Your submission has been received!
Oops! Something went wrong while submitting the form.

You feel like death every morning you wake up...  and getting to work feels like a Herculean effort...

Do you just rely on the hope that tomorrow morning will be better? Or can you take practical steps to claim your mornings back?

Grab my Free Guide  to feel vibrant, motivated and energetic in the mornings. Just type in your name and email address below and click GRAB IT.

Discover subtle behaviours that block your healing from trauma

There are a total of 167 subtle behaviours that block recovery from trauma.

Why is this important? Because you may be working real hard to change one or two whilst there are another 20 subtle ones blocking your healing. Meaning nothing you do will work.

Take our quiz to find out what's blocking you... Or explore 12 of these recovery blocking behaviours below.

How to achieve optimum emotional and mental balance

The No.1 reason why everyone struggling with negative emotions should become a master of balance 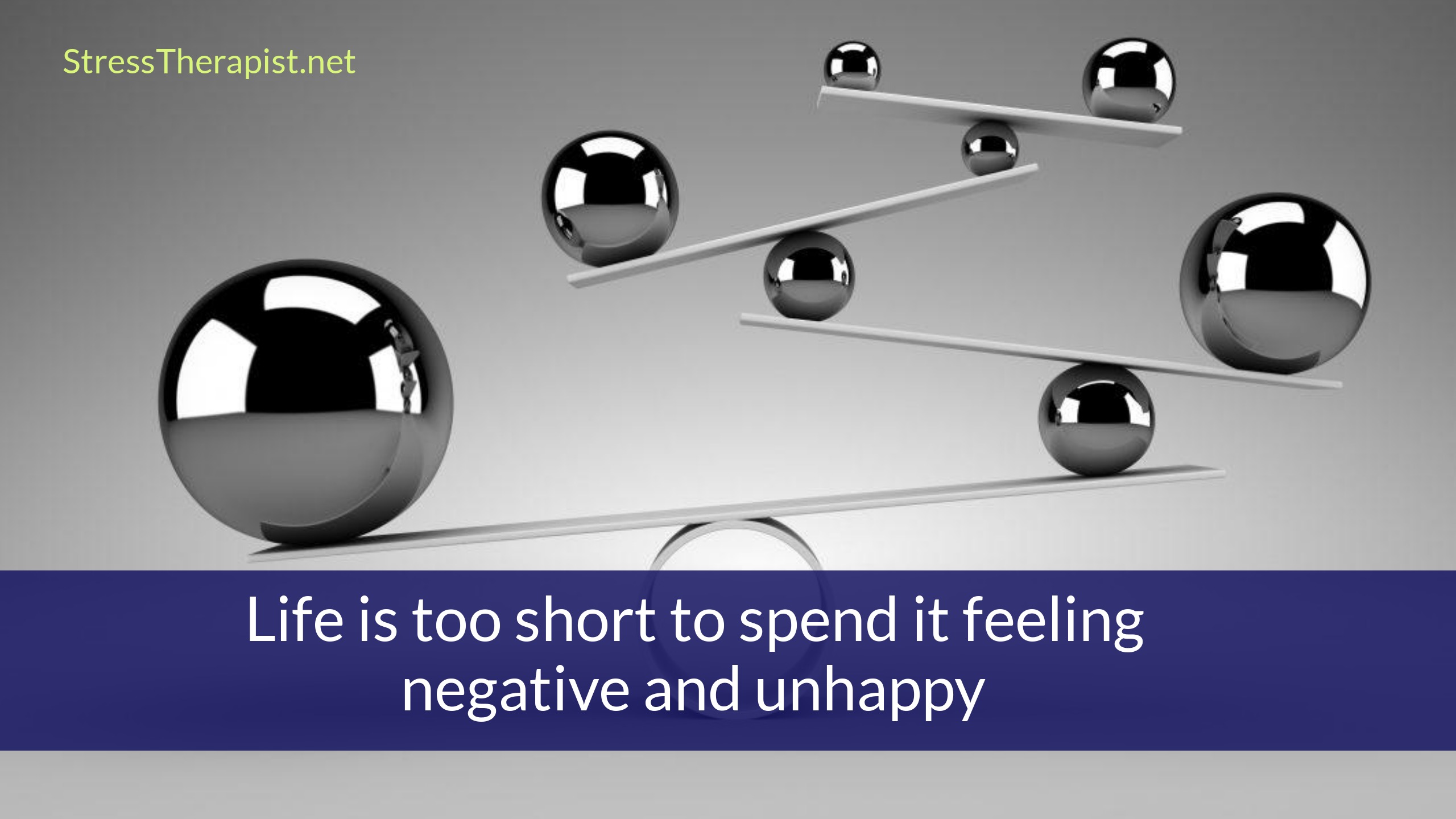 As you read every word of this article...

You'll discover the No.1 reason why everyone struggling with negative emotions should become a master of balance...

Sadly, almost everybody gets this wrong! You see, one of the biggest keys to successfully dealing with your emotions is finding the right balance in the things you do.

You probably know many people who try to overcome their emotional problems by becoming obsessed with achieving some change.

And of course, you've heard about people trying to achieve their goals, but in their desperate attempts, they lose sight of what is truly important.

They forget that life is about the journey, not the destinations. And during the journey, you got to make a lot of turns.

By focusing solely on the destination, you are more likely to miss your turnings.

Which then means you may never arrive at your destination. But what does this analogy have to do with mastering balance...

Like most people, the path we take in life is determined by our foundational experiences.

The negative experiences we had whilst growing up cause us to develop certain ways of coping. And quite often those ways of coping become our life's destination. They develop into habits which then push us out of balance as we grow older.

Leading to a myriad of emotional health problems.

This was the case with Greg, one of my former clients.

As a child, Greg had a lot of behavioural differences. These differences made him stand out, causing a lot of children to ostracize and bully him.

Naturally, this made him feel insignificant in himself. And as a result, he developed a lot of strategies just to cope.

Greg developed a tendency to appear happy, jovial, and jokey. He did this because it made all the kids laugh and be attracted to him.

He developed a tendency to be calm so as to not let anything get to him.

He also did all in his power to remain a decent person who people liked to be around. Doing this helped to prevent him from behaving in ways other people did not like.

You see, Greg believed that if he became the best version of himself, his negative traits would stop impacting his life negatively.

This goal of being the best version of himself became his sole focus and destination in life.

But as Greg became older, he started suffering from depression, stress, and anxiety.

Why Greg was caught in a web of emotional problems

No matter how hard he tried to be better, he couldn't stop himself from feeling frustrated.

Things that other people would consider small irritation felt massive to him. His low moments became intense with strong feelings of restlessness and helplessness. and he became extremely anxious due to failure to prevent himself from getting depressed over and over.

Greg could not understand what was happening. why did the strategies stop working?

In therapy, we discovered that in his effort to remain a better version of himself, Greg was relying way too much on coping strategies. The strategies he learned in his childhood. But sadly, those same strategies became root causes of his mental health problems.

Essentially, his tendency to remain happy and calm had caused him to avoid the real problems in his life.

This then piled up to cause even more problems.

And his attempts to remain a decent person caused him to become too self-critical.

He couldn't stop finding reasons to dislike himself.

How Greg broke free of his mental health difficulties

At this point, we introduced the concept of balance to Greg. To achieve balance, all Greg had to do was to reduce his reliance on all those coping strategies. It was important that he did not get rid of them entirely because the strategies all had their benefits.

As Greg began reducing reliance on his coping strategies... He noticed that the problems in his life were reducing. He stopped feeling so low and felt he was in control of his life again. He felt less anxious because he knew that even if things did go wrong, he now had tools to cope with it. Greg was able to achieve and maintain a positive mental state.

Relating this back to you.

If you struggle with any emotional health problem.

And if this emotional problem keeps coming back and disabling...

Then there is a 99% chance that like Greg... You too are over-relying on coping strategies that are now breaking you.

And this is holding you back from experiencing the happy and fulfilling life you truly deserve.

To get yourself back in balance, you've got to...

1. figure out what you are relying way too much on and...

2. reduce reliance on it to bring yourself back into balance.

Once you can do this, like Greg, you will start to find it way easier to break free from negative emotions.

Now if you need some practical help in figuring all of this out for yourself...

You can get my free PDF guide on how to stop re-victimizing yourself. In this PDF, I go through the steps for creating a balanced life as I have described in this email.

So, just head over to www.stresstherapist.net/wellness. And this will certainly give you the best insights into how you can implement balance into your life today.

Book a consultation with Adewale

Written by Adewale Ademuyiwa
SHARE THIS TO HELP SOMEONE ELSE

GET MENTORED
BY ADEWALE

Join Our Take Back Control Program

Have you been having a hard time dealing with problems and difficulties.

Your nerves are always on edge, your emotions are always easily triggered and this regularly causes you to question everything about yourself and your life...
‍
With Our Take Back Control Program, you will learn healthy coping habits that help you breakdown your “brick wall” of stress and failure.

You can learn to control your thoughts and emotions and gain a clearer sense of direction and purpose. This will help you to take more control of your life... And help you live the life you deserve.

Popular Articles
1 /
I've failed at life: When mental health ruins your ambition and kills your self-esteem
2 /
36 Positive Habits That Cause Relapse In Anxiety and Depression
3 /
How to stop a manipulative family member from draining you emotionally
4 /
Depression Management: WARNING! Ignore these 5 tips at the risk of relapse
5 /
What To Do When You Feel Like You Are Not Good Enough.
6 /
When depression turns you into a lazy person
7 /
How to cope with family who fail to understand your emotional pain or struggles
X

How to deal with a difficult family member

Thank you! Your submission has been received!
Oops! Something went wrong while submitting the form.
[Copyright © 2010-2020]
Disclaimer: Whilst all the stories used on srtresstherapist.net are from real life examples, we have chosen to obscure the true identities of the people used and change the stories slightly to preserve confidentiality.

Enter your details then hit
"Let me know when it's out"
And you'll be notified as soon as the video series is released.

Cognitive healing is a natural process that allows your brain to heal and repair itself, leading to improved self-esteem, self-confidence, happiness, and a higher quality of life.